Well, we're in the doldrums folks. I'm feeling a bit stressed about it. So I'm trying to focus on writing book three, finishing the book trailer and the new baby we just brought home. 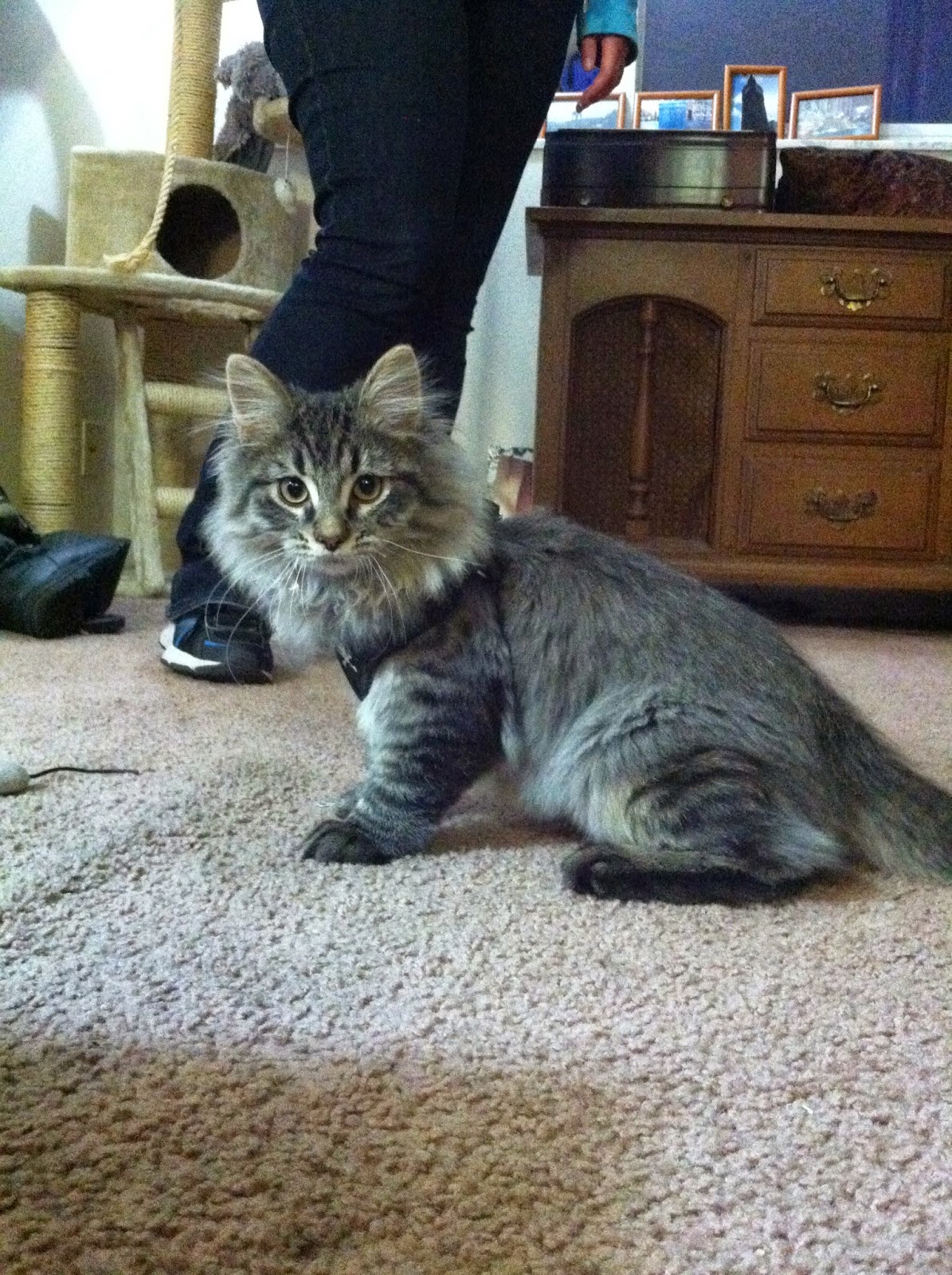 This little rascal is Loki, formerly Atticus. He's about three months old, long, and bushy with big paws and a long tail--probably more than a tad of Maine Coon in him. Right now we're trying to blend the household as our other resident god, Hermes, does not generally share well with others.

There seems to be hope as Hermes is not being aggressive and Loki is staying out of his room.

On the Nano front: I was behind, still a bit behind, but I'm catching up now! So hurrah! I've broken 10K words.

That's all for now.