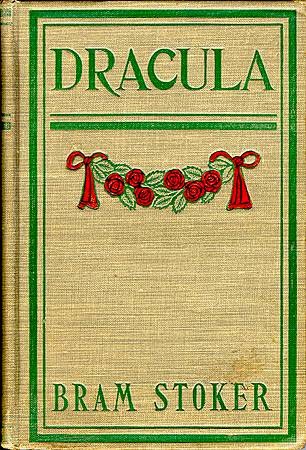 No list of my inspiration would be complete without Dracula. Also, it's Halloween so...appropriate? Many people who have only seen the films have the misfortune of actually not knowing what the book is about. They have a misguided notion that Jonathon Harker is the hero of story.

Mina in all of her glory, record keeping, awesomeness is the heroine of what some argue was a work of science fiction. I'm not wholly sure of that argument, but I do understand the reasoning. The use of the most up to date technology of the time allowed the cohort to work together across distances in a way that had no previously been possible.

For me, Dracula was the book that showed me what Romanticism was all about. The language, the themes and the method of the book stuck with me. I first read this as an eighteen-year-old high school student. We'd been given a list of books to choose from and I, in a fit of disliking all of those books, requested that I be allowed to read Dracula instead. I was permitted. We had four months or so to work on the paper. I had a hard time getting into the book at first. The first hundred pages were so difficult to sludge through and then it was like a light came on inside me.

I understood it. I tore through the rest of the book in two days after having lingered for a few weeks on those early pages.

Dracula changed the way I saw words. It changed the way I wrote and for a long time it made my work clunky. I couldn't do what Stoker had done. It took time and patience and dedication to the simple craft of finding my own voice inside the voices that I had taken into myself over the years.

More than that, Dracula gave me Mina. A character who I have seen misinterpreted so many times. Mina is so much stronger. So, this Halloween, do me a favor, pick up the book and fall in love.

Because Dracula is not a love story. It's not even really horror. Dracula is about time passing people by. It's about stagnation and advancement.