A Bit More About the Kickstarter 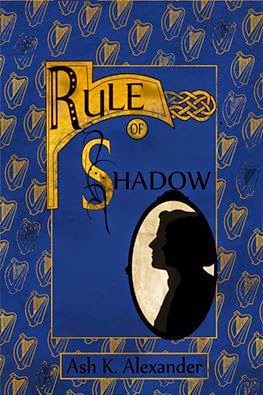 An orphaned girl takes her supposedly dead brother's place to become an officer in the Queen's army, only to end up a spy instead. Fourteen-year-old  Charlotte Ridley is shipwrecked, and while she loses her last surviving relative, elder brother Edmund, she gains the chance of a lifetime. Washed ashore on the island of Lochlan, home to the Crown's Lochlan Officer Academy, Charlotte takes on a new identity as the last male heir of the Ridley line.

As Charles, she trains hard to become the officer she always wanted to be--and the spy she never dreamed she could be. With war on the horizon the pressure mounts, Charlotte is going to have to decide if she will take to the field of battle or step into a world filled with shadows.
For a sneak peek at Chapter One of Rule of Sword, click away!
Posted by Ash K. Alexander at 9:22 PM