The Alchemist's Widow is a magical realism/fantasy novella I wrote as part of my art school thesis project. Now, after a few years and some polish, I feel like sharing it with a wider audience. Chapters will post weekly.

Catherine's husband is dead. It's Christmas, the whole family is in town and Catherine is depressed. With only her cat (Variel, also dead though still quite chatty) for company, Catherine lives alone in the house she shared with her husband. But on Christmas morning, Catherine wakes from a dream and finds a gift from her husband under the tree. A key. A key that will lead Catherine down a winding road that might just lead her to the truth about what happened to her husband. 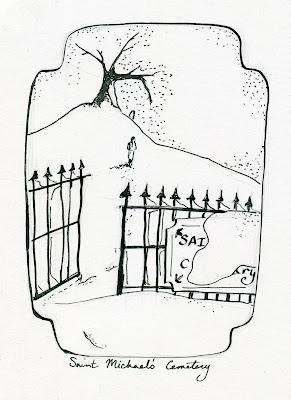 Email ThisBlogThis!Share to TwitterShare to FacebookShare to Pinterest
Labels: free read, part one, the alchemist's widow