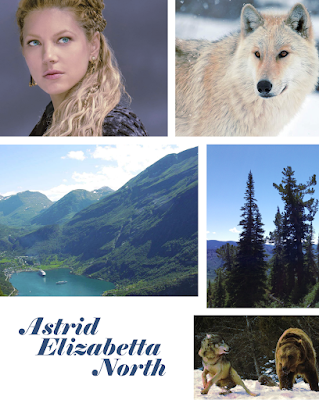 I think I rewrote this book ten times, but I never really finished it and I was never really happy with it. It became this sort of monster always waiting to suck me back in for another go. I never seemed to have a handle on what wasn't working. Why I couldn't finish it.

I'm a believer in the idea that with some stories, there is a right time for them to be written. There are books you keep in your drawer that you never really abandon. The ones you know have problems but...you can't really let them go. This one of those books. I wasn't really self-aware enough as a teenager to write this book. I wasn't educated enough to write this book.

More importantly, I hadn't really figured out who these characters were. I started rewriting it more recently, something started to click. Plot details I'd never considered started to emerge. Character betrayals. Shifts in attitudes. Name changes. Physique changes. The more things changed, the closer I seemed to get to what I was missing.

In my teenager years, I didn't write gay characters. I didn't have any books or TV shows that had gay characters. It wasn't a conscious choice. There just weren't a lot of them around. The landscape is certainly changing now, but back then it didn't even occur to me that Astrid could be gay. We talk about a shortage of YA fiction with LGBT MC now, it was a desert then. Especially at a school in the middle of a corn field.

So when I realized Astrid wasn't straight, it was like a damn light bulb went off. This book that I had been struggling with for so long suddenly came together in the course of a few days. The pieces fell into place. I'd been looking at Astrid as one thing for so long and to finally have this book finished. Sometimes, writer's block isn't just about a lack of ideas. Sometimes, it's because there's something just wrong in the story and until we find it, we can't move forward.

I'm just glad I figured it out. I'm glad I found the right way to tell this story and I'm glad I can move on to the next thing--like Astrid's second book.